Possibly, you might know the concept of the Android OS, which is a popular operating system among the smartphone users in different parts of the world. This operating system is mainly based on the Linux kernel. If you want to run Android apps and games on the Linux operating system, then there are only a few android emulators, you can get in the market, when comparing to windows ones. You can also get Android Emulator for Linux Mint. 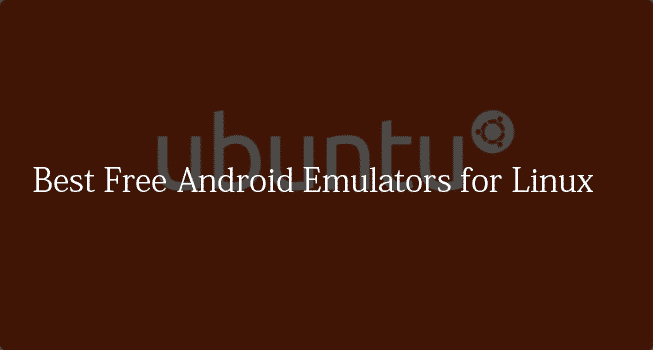 This emulator is the parent project of Genymotion. Nonetheless, it works greatly without any fault. There are a number of attractive features, this emulator has. One of the best things is that the android device is deployed using offline mode on your computer. This concept is different from Genymotion. One can use it to install Android emulator on the Linux, be in the offline mode or not. It has a capability to support hardware OpenGL rendering via Virtual Box. It also supports Net Sharing, internet sharing and installation tutorial. It can be used on both 64-bit and 32-but Linux kernels by getting it from a reliable place.

It is one of the best Android emulators in the market. It has some unique features or abilities to give you a chance to enhance the experience. In this Android emulator, the Android machine is deployed on computers based on Linux through the Cloud. With it, you can easily download pre-configured images of Android OS of different versions and smartphones, like Galaxy S3, Galaxy S2, Nexus 7 and much more. It directly gives you a support to create a network with Ethernet or Wi-Fi to be used in the emulated Android. It also permits to configure the unlimited hardware resources. It is also capable of dragging and dropping the file transfer to the emulated SD card.

It is one of the Android emulators available for Linux made by Google. There are thousands of users all over the world with preferences to install this emulator. It is utilized by default by people having interest to develop apps for the Android OS. It supports all types of functions, which includes file transfer and SD card support. It can be easily installed by taking the support from the easier setup guide. You can use the physical keypad as it supports it. As it has been made by Google engineers, then there is nothing to worry about the safety and quality with this emulator. You can download the needed SDK or ADT group for Android emulator as well as plugins from the official page of the Google.

RELATED  How to get Apk file of android Application

This emulation environment based Android emulator is one of the emulators that support Wine. This emulator has all the basic support like SD card supports, APK install and much more. It also gives you a chance to install anything from the Play Store. As it is a Wine compatible Android emulator, it is not encouraged the use of Jar of Beans on Linux because of its emulation environment. If you want to use it on Linux, then it is important to extract the exe contents of the Jar of Beans.exe.file. Afterwards you will have to run the exefile with Wine. You can download the Jar of Beans from Google Drive.

It is one of the exciting android emulators, you can use. Being tagged as the best Android emulator for Linux, it gives you an access to countless features. It has a multi-touch support. Its features include inbuilt support of the Google Play Store and many others. This feature is not included in any of the Android emulators, either in Mac or PCs. It can access the apps, which are installed directly from the desktop environment. You can use your phone number to control or play the games or apps, as thus feature is supported by it. It has a support to camera, microphone and OpenGL hardware acceleration. On the web, you can find the link to download it in the beta version of Linux. Hence, get ready to enhance your Android experience, now even on Linux. You can also Run Android Apps on Mac.

There are many more emulators available in the market. We have collected best Android Emulators For Linux. Now you can easily Run Android Apps on Linux.