The advancement of the Samsung galaxy and Oculus VR gear has further raised the popularity of the VR by the VR devices and Google cardboard. This is the well-known formats, which are utilized to watch videos, which are side-by-side 3D or 360 degrees. These days there are many advanced and popular media players available for the Androids such as VLC and MX player, but these does not support the playbacks of VR.

Therefore, in such cases here is the list of the top five free VR media players for the android users so that they can watch VR videos without any hassle. There are several features, which you are going to get with these VR players. You will also be able to watch 3D videos or 360 videos, 2D videos by using these players. So let us get started with the number one. 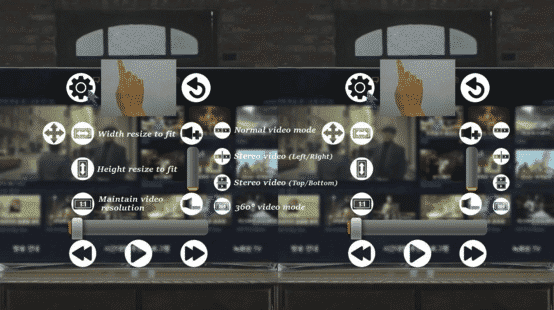 Everyone loves virtual reality because it is the best way to get entertained, but it is the best when you are able to view it in way that is more realistic. This is the reason we spend   huge bucks to watch 3D movies in theatres. Therefore, for the media player on your android devices you can use VR Gesture Player, which is going to provide you with the best and realistic video watching experience. The best feature of this VR media player is a pen VR glasses. To use it you can control it with your hands. It can easily track the gestures of your hands and also type what your hand is controlling. Besides, you can play 2D videos, 3D videos and 360 videos. This is easily available  at VR App Store.

RELATED  *Updated* How To Fake Your Last Seen On WatsApp? | How to Show Fake Last Seen on WhatsApp using WhatsApp+ | How To Freeze Whatsapp Last Seen 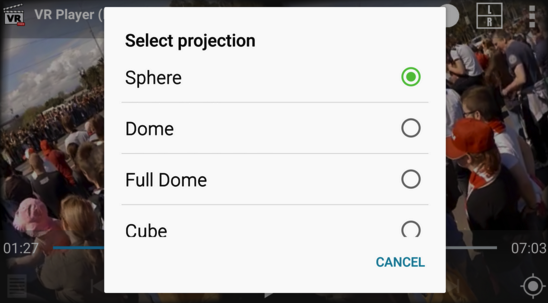 It is very easy and simple to use this VR player and it can also play several formats. You can play 3D, 2D, 3D SBS, top/bottom videos on your devices. It can also play 360-degree videos. There are several methods of projections  which are present in the player  like Dome, Sphere, cube etc which gives users 360 degree  theatre experience right on your Smartphone. 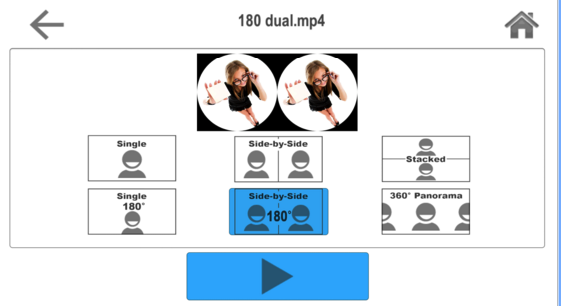 AA VR cinema is another great and free solution for android users. There is a wide range of options available to play 360 as well as normal 3D VR videos. The best thing about this VR player is the head tracking system. It is the most appreciated feature among the users. It is a great technology because the player tracks the drift movements of your head. Without the need of the Gyroscope sensor users can easily watch VR videos   if you are having AAA VR app. This is simply amazing. The host of the feature has some more good news for the users and that is  you can watch 360 degree playback, 180 degree panorama  which the majority of the apps does not provide in there features. 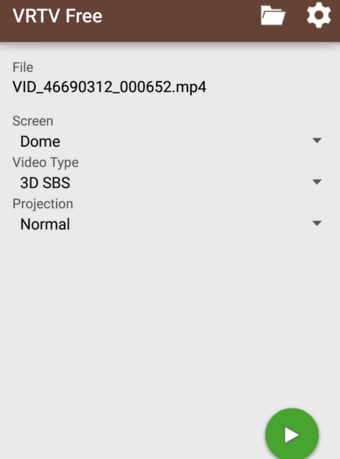 This is similar to the app VR player, but its user interface is modest, but the minimalist and clean user interface works great when it comes to the playback smoothness. It provides almost all the features, which are required to play VR videos like cube, dome, cylinder, which are projection types. It also supports 2D video playback along with the 360 and 3D VBS formats. The best feature is the fish eye mode, which is under the projection tab. this mode, will let you split videos in such way that it does not strain your eyes as much as possible. You just have to make sure that it is adjusted accurately between the VR headset and pupillary lenses. This feature has made it one of the great VR cinema players on our list. This player comes from the VR headset and there are several features which users will be able to enjoy. It can play 2D videos, VR videos, 360 SDS formats and can also project normal 2D videos as the 360 videos if you select the option. The outcomes depend upon the type of the video you select, but it is also possible to set it at 360 resolutions. Besides there are some other great features such as inbuilt browser with which you can surf the internet on cardboard.

Thus, these were the best 5 Free VR Video Players for Google Cardboard & others (Homido VR, Agnus VR, Procus VR, Freefly VR, Galaxy Gear, Oculus VR) . If you know of any other such good VR Video Player for Cardboard let us know via comment section. Suggest us some more Virtual Reality 360 Apps and 3d sbs apps.