Technology is growing very rapidly and it has suffuses the lives of millions of us. According to a study, over 60 percent teens across the globe have already made their presence on social platforms before the age of 13. Thanks to this fast-progressing technology, now one can easily book tickets, make bank transactions and can do many other things sitting at home with the help of their smartphones. 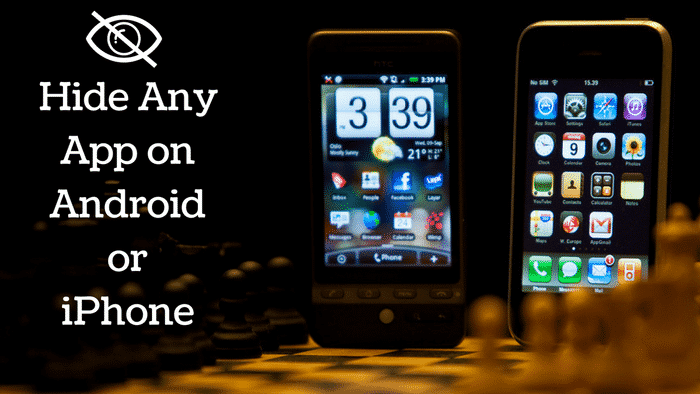 Technology has made smartphones an identity of our life. In this fast-paced world, it is very important to keep your documents and information safe. As mobile phones have become a main part of our social life, it’s important to make sure that your privacy is safe.

Everyone wants privacy and seeing at the present condition, more than 90% of the teenagers want to hide their secret files or apps from others. It doesn’t matter either you’re an android user or iPhone and whatever be the reason, you can easily hide your apps or private files in your mobile phone. We are going to provide you some of the best app hider for android.

Ways to Hide Apps On Android Phone Without Rooting

Now, We are going to tell you the tricks to hide apps or private contents in your smartphone.  We have made a list of best app to hide apps There are mainly two common methods in which you can hide your stuffs on your mobile phones. Let’s have a close look at them:

Method I: BY INSTALLING APP-HIDING APPS WITHOUT ROOTING

Most of the smartphones do not have the feature of hiding apps or files. In this case the only option left with us is using a third party app. There are a bunch of apps as well as launchers available on Google playstore for hiding apps/picture/documents. Now, I’m going to tell you the whole procedure for hiding your apps or files by using either a Launcher or an app hider:

1) By Using A Launcher (android app hider no root)

If you want to hide your private stuffs without rooting then installing a Launcher into your phone would definitely help you. A number of launchers are available on playstore. As per my personal experience, I would recommend GO Launcher for hiding apps and personal stuffs.
GO Launcher: Developed by GO Dev Team @Android, it is one of the best launcher for hiding apps. It has been rated 4.5 out of 5 on playstore. Its procedure is quite simple and it don’t need to root your mobile.
Features of GO Launcher:
> Easy to use
> Light app
> App lock is also available
> Hide apps
> Free to use

Step 7- a dialogue box will appear on the screen. Select hide apps option. You can also make app lock by choosing app lock option appeared in the same dialogue box.
Step 8- select the apps you want to hide and press OK.

2) By Using A Third Party App : how to hide apps on android phone

Dozens of third party apps are available on playstore to hide your personal stuffs, either app or data, You can hide android apps without root. In my opinion, PrivateMe is the best app hider app that don’t need rooting. You can hide your apps as well as images and videos by using this great app. Also, it provides an extra layer of security by capturing the photo of the intruder.
Features of PrivateMe:
> Easy to use
> Hide apps as well as data
> Creates a backup of your hide stuffs
> Free to use
> Click intruder selfies

Procedure:
Step 1- download the PrivateMe app from Google playstore.
Step 2- open the PrivateMe app and make an app lock for better security.
Step 3- choose the Apps option from the main menu of PrivateMe app.
Step 4- select the apps you want to hide and press hide.
Boom! It’s done.
Not only apps, you can also hide your private pictures and documents by using this app.
You can also use App Locker or Leo Privacy Guard instead.

Method II : BY DISABLING THE APPS

You can hide your apps by following the given steps:

Step 1- open your smartphone and go to the settings section.
Step 2- select the applications settings or devices settings in the settings menu.
Step 3- tap on the application/device manager option.
Step 4- press on the all applications option and tap on the pre-installed app you want to hide.
Step 5- there would be two options available for you, disable or force stop. Tap on the disable option.
Hurrah! You’ve hidden your app successfully.
Make sure that the app you want to hide is a pre-installed app. You can see your disabled apps in the application menu section of settings. You can unhide your disabled app by following the same steps.

One more method is also available for hiding apps: Rooting. Although, this can lead to many other changes in your phone that’s why it is not used in general cases.

On my personal behalf, I would like to recommend each and everyone of us to use a proper screen lock on their mobile phones. We’ve been attached to this beautiful device very badly and only a single mistake can let any intruder to get our all information and data very easily. So take care of your personal and private stuffs by using a good app hider and locker. thus you leanrt how to hide apps on android

10 Android Apps Not Available In The Google Play Store